Monte Pride is a Michigan-born, Michigan-based folk singer-songwriter and fingerstyle guitarist. His rich tenor voice and accomplished guitar technique make him sound older than his years, but the enthusiasm he brings to the music and performance is youthful, impassioned, and healing energy. His powerful ability to communicate wholeheartedly shines through in his writing, every phrase weaving and winding to form a complex array of soul stirring song. Monte draws inspiration from long-time trailblazing musicians like Paul Simon, Joni Mitchell, and John Prine, with contemporary influence from Gillian Welch, The Tallest Man On Earth, and Anna Tivel.

After releasing two well-received EPs, "Hollows on High" (2014) and "The Soul Sender" (2015), Monte released his first full-length album, "Hawthorne Morning Sound", in 2016. The album was met with a sold out show at The Robin Theatre in Lansing, Michigan, and much acclaim from local press. Monte will be releasing his sophomore album, “Even in Absence”, in April 2020. The songs were recorded at studios around the state and was finished at La Luna Sound and Recording in Kalamazoo, Michigan with the help of Ian Gorman. The album features musical contributions from Sam Cooper, Brandon & Bethany Foote, Drew Howard, Mark Lavengood, Max Lockwood, and Laurel Premo, among others.

Monte has been performing for the last 6 years, since he was a senior in high-school, growing a strong local and regional following. He has supported notable touring acts including The Cactus Blossoms, Rocky Votolato, Mutual Benefit, The Bones of J.R. Jones, and Florist, along with Michigan favorites like Joshua Davis, Luke Winslow King, Breathe Owl Breathe, Gifts or Creatures, Escaping Pavement, and The Ragbirds, and has performed at Wheatland Music Festival, the Ten Pound Fiddle Concert Series, Earthwork Harvest Gathering, Buttermilk Jamboree, Holler Fest, and Pumpstock.

In addition to his musical ventures, Monte began giving back to his local, Lansing community in Summer 2017, independently organizing the “Songs for Sustainability” Festival in Old Town Lansing. The event was held at the Old Town General Store and focused on building and engaging community around music while celebrating the importance of environmental awareness and sustainable practice. The Rupple Brothers & Company, The Dangling Participles, The Stump Brothers, Jim Jersey, and Sea Bridson shared songs through the afternoon. The festival also featured multiple sustainably producing vendors and environmental awareness groups. Mystical Makings, Urbandale Farm, Rust Belt Roastery, and Oh Mi Organics, with the Sierra Club, MSU Community Sustainability, MSU Greener Together, and Go Green Trikes participated. The event was free, with all encouraged donations benefiting “Music is the Foundation”, a local non-profit that funds local music programs in schools and the community, bringing instruments and joy to those who may not have opportunities otherwise. 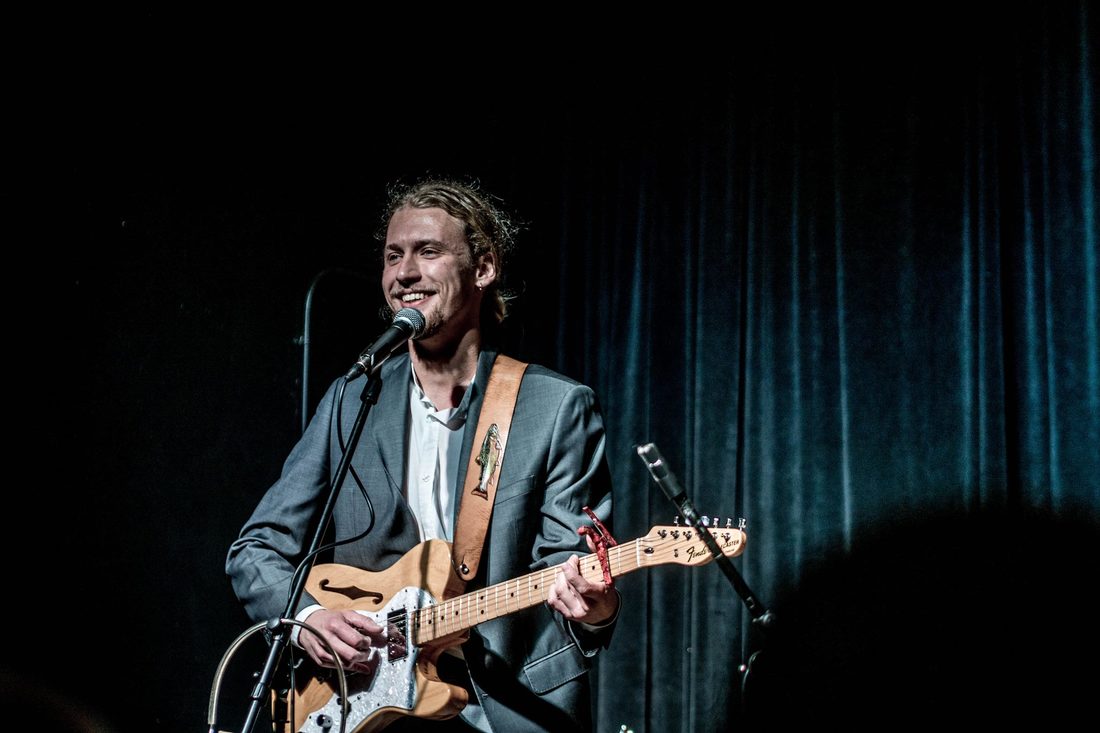